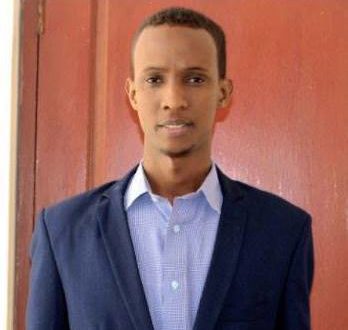 Biri-mageydo – A prevailing culture for Somalis and a symbol of humanity.

Mogadishu (Himilonews) – Somali culture is an amalgamation of traditions that formed many decades ago and are still practiced. These traditions include the way of life, marriage rules, clothing, dancing and so on.

Somalis are proud of their culture, beliefs, practices, and behaviors, which are distinct from societies.

Cultural practices in Somali regions are alike but with some small differences. Their culture plays an important role in every social judgment.

Social conflicts and disagreements among Somali clans are commonly addressed through cultural dialogue, where elders usually apply traditional mores and customs to tackle any differences.

Most cultural practices are highly appreciated due to its imperative role in the Somalia’s social stability.

Somali traditions and customs are important and each cultural aspect deals with particular circumstances, but when it comes to conflicts and clashes between the clans, communities or individuals, there is a cultural feature called Biri-Ma-Geydo, meaning Spared from the Spear in English.

Spared from the Spear is a Somali practice characterized by humanity and respect for human rights in terms of hostilities. It seeks to spare women, children, elders and other innocents from the armed or warriors by providing safety and security for them during warfare.

Biri-Ma-Geydo is an ancient Somali traditional rule applicable to the wars and clashes that states children, women and elders who are the most vulnerable should be excluded from the impact of the wars and conflicts and unconditionally remains safe and secure.

Historically, the Biri-Ma-Geydo rule dates back to decades ago and the word was typically used to refer to people in the society who can’t be murdered, injured or have any other physical or moral hurts inflicted on them during wartime.

How are Somali children safeguarded by the Biri-Ma-Geydo rule?

Children are the most vulnerable; they are exposed to many more problems than others during wars.  They need to be protected from any kind of harmful injuries. Moreover, culturally, Somalis are people; who give top priority to the care of their children anyhow at anytime.

The Somali cultural rule Biri-Ma-Geydo assures that children should be totally protected, kept them safe by any possible means during the armed conflicts in communities.

For example, when conflict occurs between two clans, it is forbidden to harm the children and warring sides should absolutely restrain killing or injuring children who are innocents – lacking the power to fight back or resist.

However, the commendable Somali Biri-Ma-Geydo rule generally reassures that innocents should be kept away from the impact of fighting.

How are Somali women considered in terms of Biri-Ma-Geydo?

As we acknowledge, women are among the most vulnerable in society in one way or another. They are either physically or emotionally exposed to being attacked or harmed.

In accordance with Biri-Ma-Geydo rule, women are the first of those included in the list and deserve to be defended against any harmful aggression, including killing, rape and intimidation.

How are Somali elders shielded in the Biri-Ma-Geydo rule?

Naturally, Somali elders are well-respected in society because of their role and contributions to the people and the country. They are the ones who responsibly take social judgments into their hands for the good of the public interest.

Regarding the rule, elders, as any other vulnerable individuals in the community, are those who can’t be harmed during conflicts.

Finally, I do think; I can concisely conclude that Biri-Ma-Geydo is a laudable Somali cultural practice – compatible with the humanity and respect for the human rights at the time of warfare.

We should remain standing and speaking up for the respect of Biri-Ma-Geydo people. 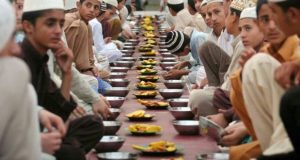