Mogadishu (Himilonetwork) – It was black day.  This morning thousands of people filed the main streets and around Banadir and Madina hospitals. For many, getting to visit early doesn’t guarantee a place inside. However, I have gained rare access to see what is going on. Every inch inside is taken.

The hospitals’ facilities can only hold less than 1000 patients but thousands visit this morning keeping in mind that their patient is given minimum emergency aid. Some of them could not make it. They died upon their arrival at the hospitals.

There are some who lastly come to glance at the faces of their beloved ones. Everyone is shocked and heartbroken.  Between the mortuary and operation theatre room, the strange feeling is the same. Seeing burnt bodies at mortuary is another series of depressing.

This was a day of tragic incident and one of the bloodiest explosions in the country’s modern history.

What happened is not just a number. It was a horrific one. As the people around the KM5 quickly resumed their daily work, everything went too scared and traumatically frightened.

The aftermath that followed was burnt bodies and devastated buildings. The explosion has taken its toll as the civilians suffer the most. The injured ones are not easily countable. Till recently, over 200 people died. Among the dead, were four siblings who died inside their business centre. They allegedly closed the door before truck exploded. They got to go to the Masjid.

It’s unclear if the perpetrators who commit this inhumane act will ever repent. But what is truly shocking is that this is not just unique. The untimely death of the civilian at the hand of these barbaric attackers has become part of the daily life.

The government says it’s conducting an operation, but these horrifying images will continue to remind us of its negligence.

Back at the hospitals, there is dilemma between survival and death. While many injured people could be saved, others who committed to save life did not make it through inside.

Every hospital can only hold roughly 600 patients and not fully equipped. With the small facilities and overwhelming patients, everything has gone out of control. The doctors were unable to deal with urgent cases.

The Blood Donation turned blind eyes to the need of donation earlier. They called on others to join in donating the blood as some were in critical situation. Shortly then, they received some donation. Among the blood donors were president Farmajo and mayor of Banadir region, Thaabit.

Though, they have done how best they could, at least they failed to sustain it. However, hundreds of young men are making their way to the hospitals to donate blood.

I believe many lives that were in danger would be saved if there is proper facility and helpful striving Samaritans who know what to do at this time of survival.

The tragedy that civilian suffered at the hands of perpetrators will be hard to forget. But at least, they don’t have any regret.

The future of Mogadishu is uncertain. It’s obvious that behind every awful incident, there is civilian casualty. The fate of many city dwellers is out of their hands. 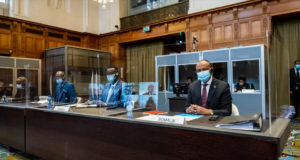 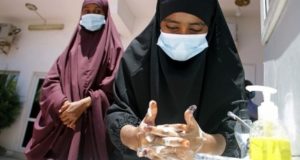 How Covid-19 Crisis is shaping Somalia? 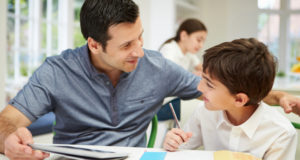